"There's only one choice left... ALLMAGEDDON!"
―Heptad, Sons Of The Spiritlands

Heptadd's origins are a mystery: no one knows for certain who or what Heptadd is. What is undeniable is his prowess in the Elements, his ability to use Mugic from any Tribe, and he even seems to able to use some sort of Mugical teleportation. With such incredible powers and coupled with his unusual presence, some believe Heptadd knows where the Cothica is. [1]

Regarded as one of the fiercest fighters in Perim, he has mastered the almighty Almageddon attack. His aresenal of abilities makes it almost impossible for a foe to know what they could be up against! [2]

Heptadd reveals himself comes from the Spiritlands, thus he is only able to stay as long as Heptadd's Crown is not destroyed. His crown is his Talazar, an item which allows Spiritland creatures to stay in Perim.

Despite Heptadd's enigmatic nature, his abilities make him among the most trusted of the OverWorlders.[1][2]

A heptagon is a 7-sided polygon, which is what the Mugic Counters are. He may be named this due to the fact that he can use Mugic from any tribe. Heptadd's name also has seven letters.

Heptadd has a purplish body, with a green head. He has long, spiky red hair, a reddish eye and light blue eye, and has very sharp teeth. He also wears golden leg and wrist armor, a crown seated atop his head.

Heptadd has been portrayed to be largely worried about the safety of Perim, working strongly to protect it (as seen in Son of the Spiritlands).

Heptadd is a great creature alone. Heptadd has all elements, so a whole range of attacks are available to him. Using him with simple attacks like Torrent of Flame or Riptide will deal a tremendous amount of damage.

Perhaps if you are very strategic (and lucky), you may come across the legendary Allmageddon, which is rumored to be Heptadd's favorite attack. It is the highest damage dealing card, since it can deal a total of 50 damage with Heptadd.

If you give heptadd a riverland moon his disciplines will increase by 10 with every water attack, after a few turns he will be able use any discipline attack.

Equip Heptadd with Citadel Fragments so that he gains 20 in all disciplines and 20 energy for his elements.

He can be found in Starter Decks, both OverWorld or Underworld from Dawn of Perim, if you are extremely lucky. Seemingly that Ultras come in the ratio 1:5 and the chance of bumping into Heptadd rather than other Ultras is hard as well.

Heptadd can also be found in booster packs in the ratio of 1:24, but once again the chance of bumping into Heptadd is rare.

In addition in 2008, Chaotic released Chaotic 2008 Tins, in which Heptadd can be found 1:20 chance. If you even find an Ultra, it still might be anything from Maxxor to Heptadd.

Heptadd was released in Hawaii as a promotion and now holds an incredible value. The Hawaiian version of Heptadd is not different than the original Heptadd other than the fact it says HAWAIIAN EXPO. 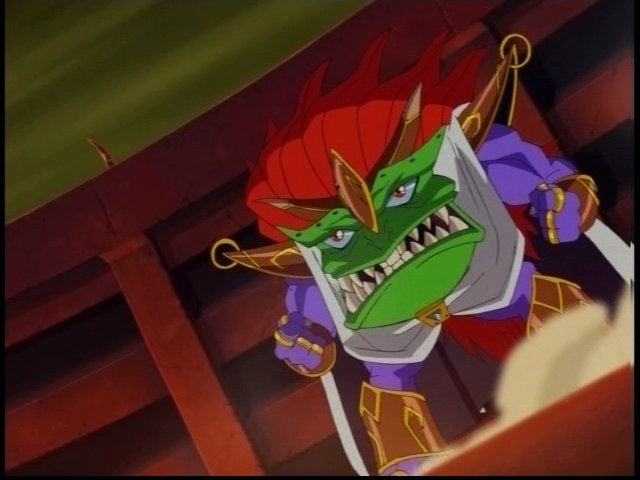 External webpages that may be of interest to people reading this; should be relevant.

Retrieved from "https://chaotic.fandom.com/wiki/Heptadd?oldid=47157"
Community content is available under CC-BY-SA unless otherwise noted.